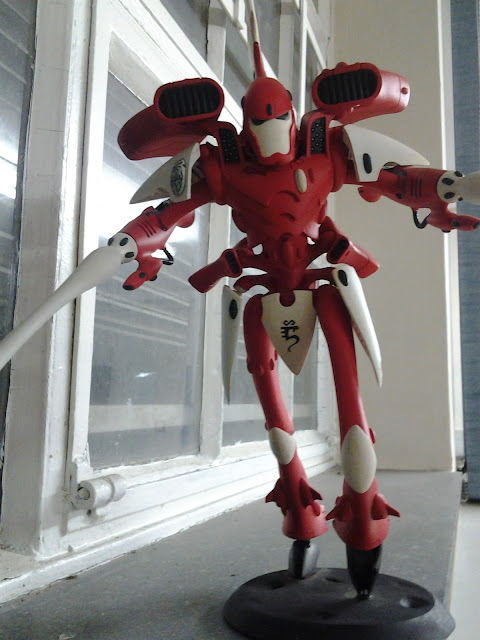 Last night i had another chance to throw my chaos army list at someone else, this time it was 1850 points of titan totin eldar. here is how it went ... 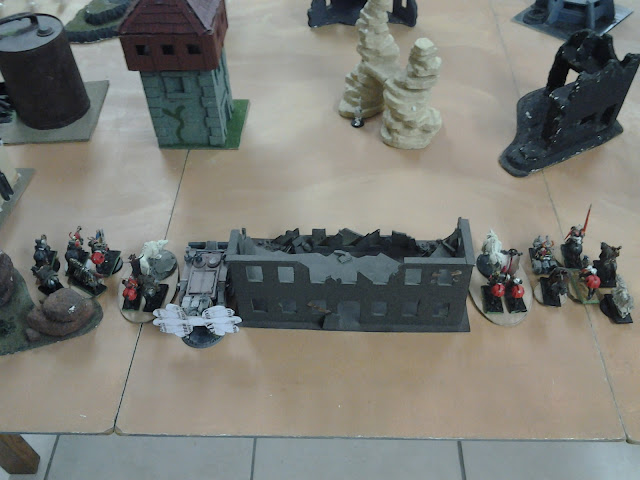 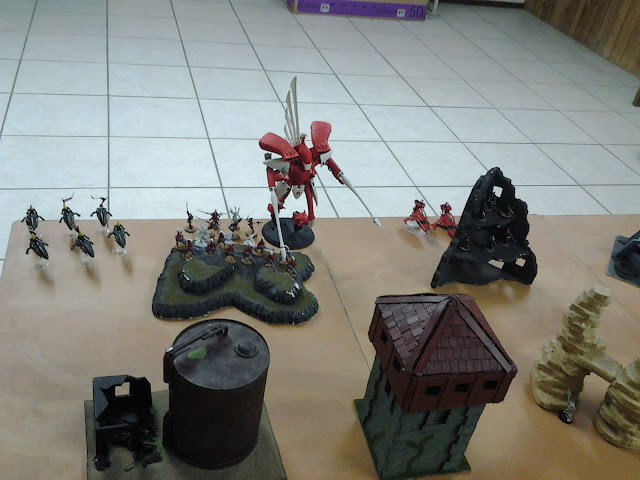 eldar turn 1
this game produced a lot of good dice rolls on both sides. right from the start i got a 6 for choosing deployment zone and choosing who goes first, then gavin got a 6 for stealing the initiative. should have asked beforehand what those eldar titan guns do :) i got the warlord trait that gave me night fight turn 1 and gavin got the -1 to my reserves one. long table deployment with mission being capture the relic. turn 1 sees the titan D-stroy my vindicator, stun the one maulerfiend and completely splat 5 spawn with lord of nurgle and the other maulerfiend 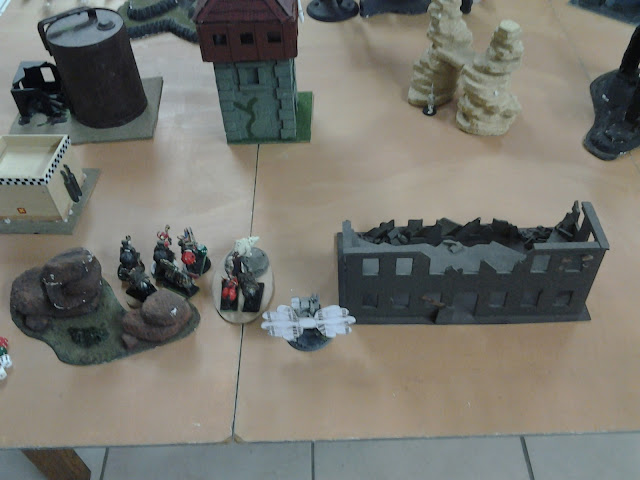 chaos turn 1
remaing spawn squad and daemon prince move forwards to try and get to the eldar. stunned maulerfiend just sits there ignoring stun results on a 2+ is way too cool for it to do. termies, heldrake and cultists are all in reserve. 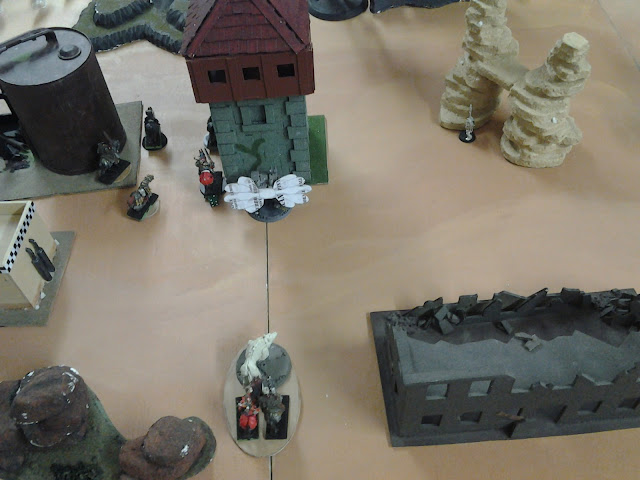 eldar turn 2
titan opens up again on what i have left and the daemon prince and last maulerfiend dies. rest of eldar pew the last spawn squad to death. no chaos models left on the table 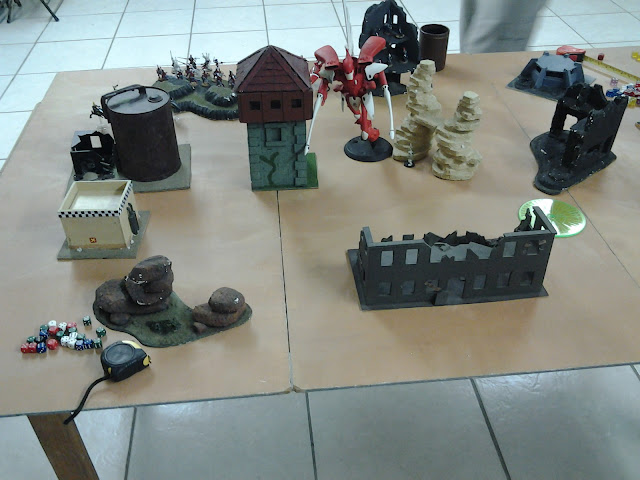 chaos turn 2
despite having -1 to all my reserve rolls, i manage to roll 4+ on all my rolls and the cultists move on from the back, the heldrake zips onto the table trying to vector strike the titan with no effect but managed to flame most of the dire avengers to death. termie squads 1 drops and mishaps, going into ongoing reserve. termies 2 and 3 drop in front of the titan. termies 2 manage to get a weapon destroyed results which the titan ignored. termie sqaud 3 got one hit in that penetrated, got an explodes result and as per the titan rules i got to roll again. and got another explodes result. so i rollled again. and got another explodes result. 1 combi-melta to the spiritstones and the undamaged titan goes down. woot! 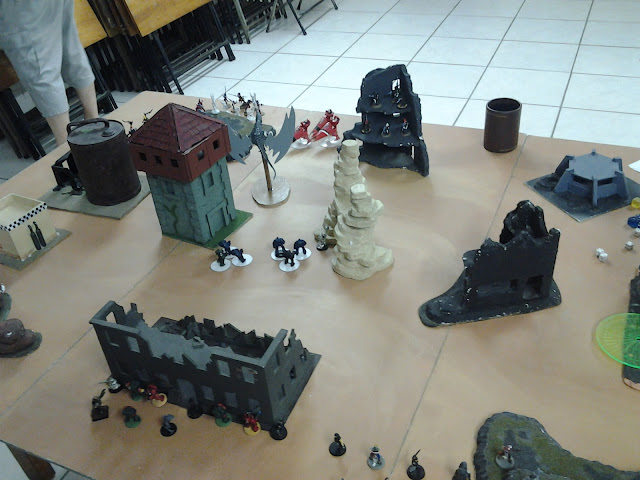 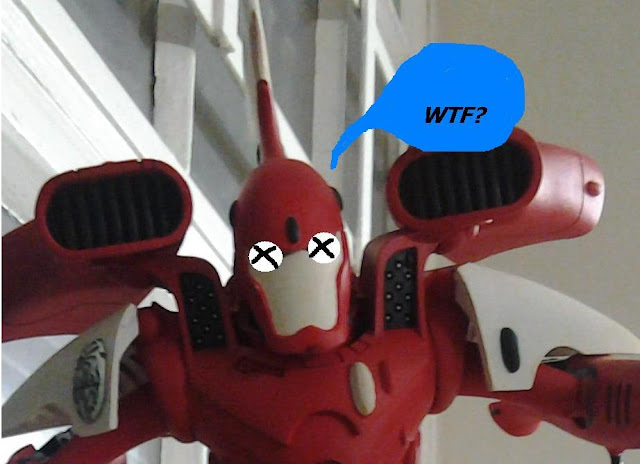 eldar turn 3
the eldar, now sans titan, marshall their forces and shoot at my termies who shrug off the rain of metal discs with ease. Toughness 5 sorta helps there 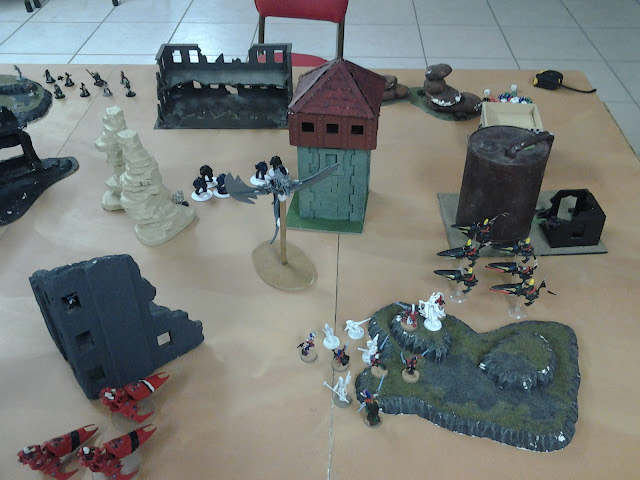 chaos turn 3
termie squad 1 makes another try for the table and drops next to the ruined building with the pathfinders. some pewpew and one vyper is dead and one slightly damaged. termie squads 2 and 3 fire on the harlequins and the tank those few shots like pros. the heldrake decides to become a skimmer and moves back to flame the guardian jetbike squad killing all but 1 who then breaks and runs off the table. cultists advance towards the relic. 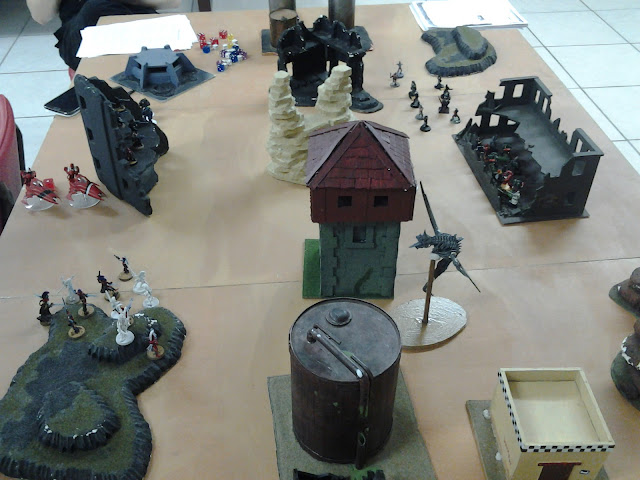 eldar turn 4
the farseer gets a bit aggro and calls the harlies to help him deal with the now not flying heldrake and between assault and knock off 2 hullpoints from the heldrake, also immobilising it. vypers shoot and kill one termie 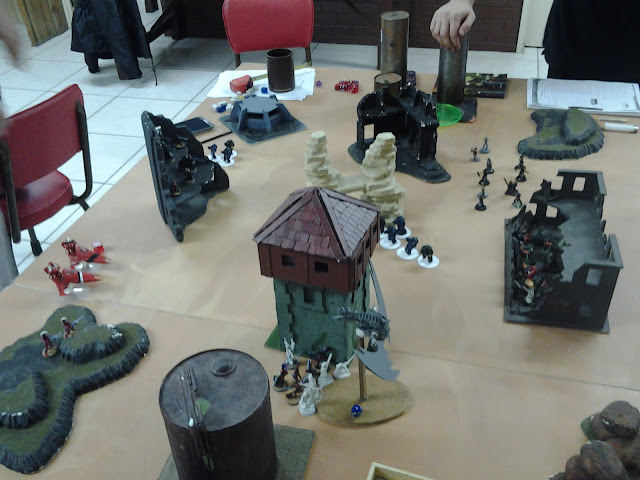 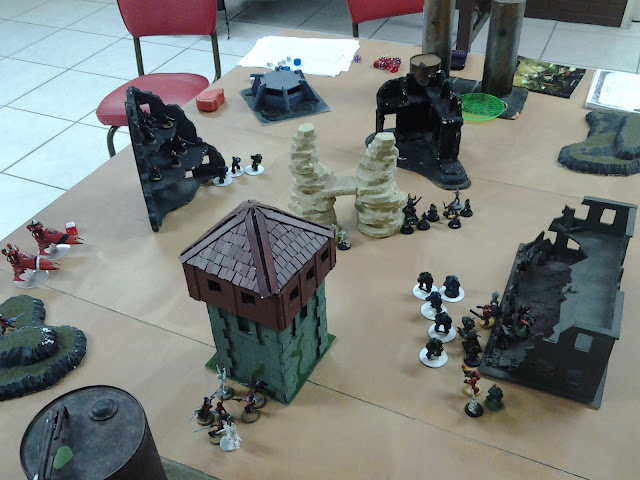 just before it dies the heldrake manages to flame a few harlies, termies shoot one more dead. termie squad 1 rolls snake eyes for assaulting the pathfinders and the cultists continue advancing

eldar turn 5
vypers unload on the closest cultist squad but luckily only 2 die. the farseer and his harlequin buddies run past the terminators and rip the other cultist squad to pieces. and then rips those pieces into smaller pieces. ouch :) pathfinders abandon the ruins and fall back 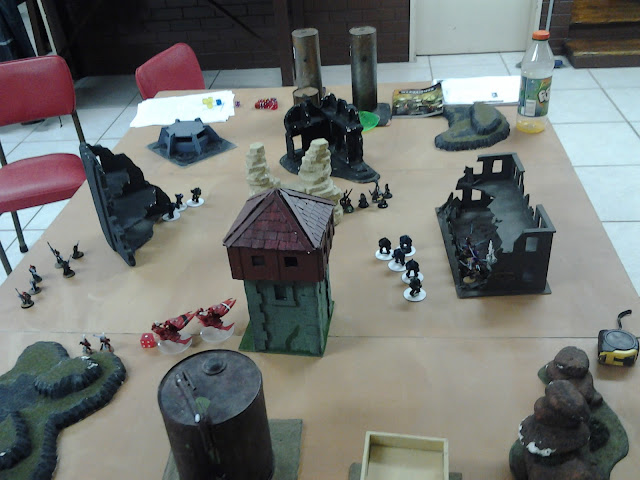 chaos turn 5
termie squad 1 runs around the corner of the ruins and rips the pathfinders a new one. termie squad 3 runs at the vypers and rips them several new ones. termie squad 2 goes for the harlequins but they hit and run something like 17 inches after the combat to land behind my other cultist squad. oh dear 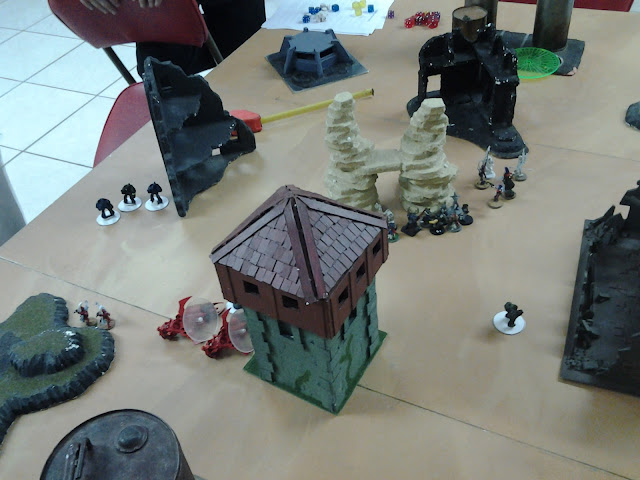 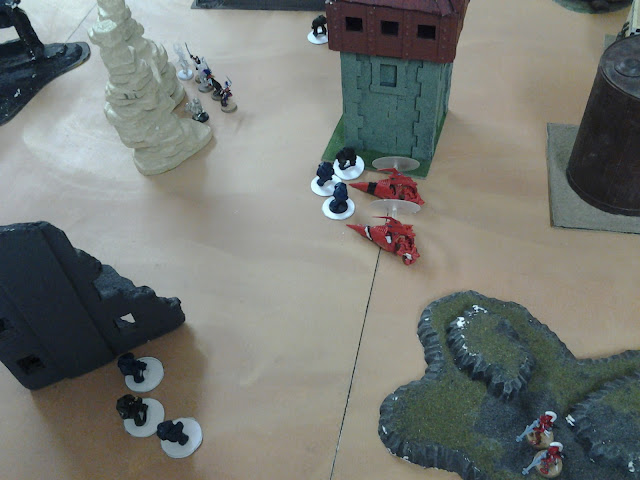 chaos turn 6
termie squads 2 and 3 assault the harlies but some awesome saves see them, well, saving themselves and they yet again hit and run about 16 inches away. 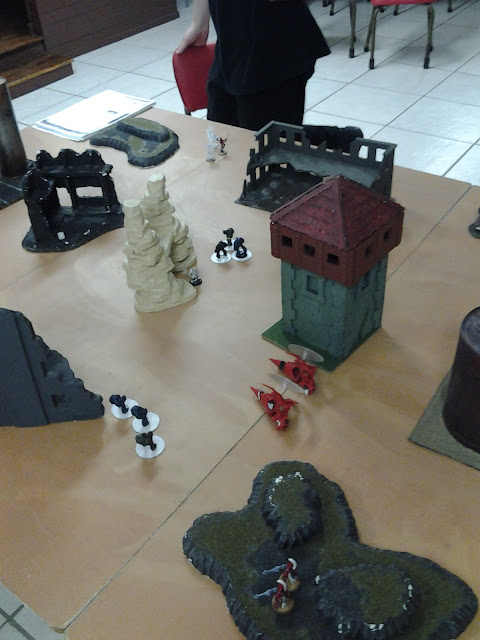 The game went on to turn 7 but the harlies had gotten away, and i couldn't do anything to catch them so game over. Final result is a win for the eldar 3-1. One heck of a nice game!

Posted by Unknown at Wednesday, January 16, 2013 No comments: